Printed Circuit Board (PCB) today are extremely cheap to buy in Chinese manufacturing houses, shipping can be expensive to a certain degree, depending on how long you are willing to wait. Many argue that home made PCBs are obsolete. Personally, I strongly disagree, as there is still no way to make design iterations using a fabrication house half as fast! I can fabricate a PCB in just one hour, try to compare that with a 2-5 days lead time and 3-14 days shipment time.

Sure, the quality of home made PCBs is lesser:

If the prototype can tolerate these limitations, the design can be accelerated and completed in a matter of days and the feeling of having something that looks so professional made at home is highly satisfactory!

I have made many prototyping using home made PCBs and was always frustrated by doing the process manually using very cumbersome techniques to heat and stir the etchant. For this reason I have designed and built an etching station that makes the process very fast and automatic! You can read about the full fabrication process in another post in the blog, in this post I will concentrate on the etching station design.

In this section I will describe in detail every part of the etching station, in the hope that it will inspire others to pursue making one of their own, taking my design as a whole or just a part of it. I will begin with describing the chemistry, and continue with the mechanical design. The source files for the mechanical design, electrical design and code can all be downloaded here.

Note, that the 3D printed parts are all made of PETG. The plastic has shown good resilience to the etchant, though, if you own Polypropylene filament, it may be a better choice for this application. The etchant I use is copper-chloride (Cu2Cl), it produces very little waste and can be renewed by solely adding Hydrochloric (HCl) acid to the solution. You can read more on the subject on this website.

The reaction of the etchant is the following:
CuCl2 {aq} + Cu {s} →  2CuCl {aq}
As copper is being etched into the solution, the CuCl2 concentration lowers and the CuCl concentration is rises, slowing down the reaction, and eventually stops it completely. Luckily, the etchant can be regenerated by adding oxygen to the solution:
2HCl {aq} + 2CuCl {aq} + O {aq} →  2CuCl2 {aq}  + H2O{aq}
This can be done by either adding hydrogen per-oxide, or, by bubbling air into the solution.

To create the copper-chloride etchant I used 30% HCl mixed with 3% hydrogen peroxide (H2O2) and copper wire.  When the solution became dark green, I removed the leftover copper filtered out solid contaminant.

Keep in mind that the solution fumes out chlorine gas (it’s toxic!), especially when it is heated. Moreover, chlorine gas is heavier than air, and may stay below the window level if the room is not ventilated with wind or a fan.

The etching station is made of the following components:

The bath itself is an airtight food container, it has a glass bottom and a plastic top. The glass is ideal for its high resistance to chemicals and heat, and the plastic cover is ideal for easy drilling to add feed-throughs for the different components of the etching bath. 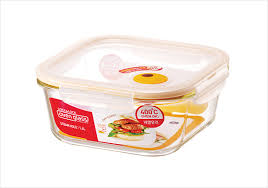 The heating element is a PCB with traces zigzagging across the plate. It is has a resistance of 7Ω, designed to deliver 50W at 19V of a laptop power adapter. The heating element is coupled to the glass bottom via thermal paste, and is glued with RTV around its perimiter. Similar heating elements can easily be sourced in online stores, they are very popular in desktop 3D printers, the resistance may vary from board to board, but the power delivery can be adjusted using an additional step up/down module.

The temperature sensor is a ds18b20 soldered to a band of three wires. It is protected from the etching solution with a silicon tube (aquarium airline tube) which was sealed with RTV glue on one end . The control loop is operated by a micro-controller (uC) that turns on and off according to aset-point defined by the user.

The stirrer is a PTFE (Teflon) coated magnet, magnetically couple to a motor mounted Neodymium magnet (with the help of a 3D printed mount) below the bath. The motor is a DC type and is speed controlled via PWM, as speed should be adjusted so the motor does not move too fast that the stirring magnet fails to follow. To revert the solution to it’s oxidative state the etchant is pumped with air in the form of small bubbles generated by the air stone. The air stone is pressured by a small diaphragm pump, and PWM controlled by the uC. It may be worth noting that once in a while the air-stone becomes clogged (I’m unsure why), but it can be undone simply by soaking it in hydrogen peroxide (or laundry bleach). As we boost the etching rate using temperatures of ~50°C the evaporation rate of chlorine gas increases greatly. To remove the fumes, a pump sucks the air inside the enclosed bath, and evacuates it out of the room. The pump I use is a Venturi pump I designed and reported on in another blog post I published. The Venturi pump is powered by the air flow generated by a diaphragm pump and the air from inside the bath is sucked out and continues out through the remaining port of the pump.

As the fumes are sucked out, fresh air enters through a venting port (via the small holes). When the bath is non-operational, the venting port should be shut by screwing in the cap. In case your are wondering, the diaphragm pump is cooled by a small fan as it heats up quite a lot. cooling it will surely increase its service.

The device is operated using an ATMEGA328au μC. It measures the temperature inside the etching solution and controls the stirrer motor, heater and pumps using power MOSFET. The device is controlled via a simple user interface implemented with a small TFT screen (128 x 64) and a rotary encoder (EC11).

Two step down converters are installed to produce 5V and 12V rails. The first is used to power the μC and stirrer motor, the second operates the pumps and cooling fans. The two step down converters are powered by a 18/19V generic laptop power adapter (>60 watt). The heating bed is powered directly by the power adapter, though it could be nice to make a third rail in the future to adjust the voltage for different heating elements with different resistances.

The enclosure of the control board is cooled by a fan together with venting holes on the other side, forcing air to flow through.

The device can be programmed with a USB-to-Serial using the four male headers (GND,RST,RX,TX). Also, the device has a serial port for communication over Bluetooth, but no interface has been implemented up until now.

The software inside the μC is quite simple, it applies a bang-bang temperature control over the etching solution, a count-down timer for setting the etching time, and a UI for the user to interact with the configurations.

The device has 4 different operations modes:

As a safety feature, the user must set the etching period before starting the device. When the time reaches zero, the device enters purging mode, after-which, it shuts down completely. To initialize the timer, simply set the “Minutes” menu to the amount of time needed to etch the board, and the click on the “Status” menu to start counting down, and see how the menu item changes from “Stopped” to “Running”.

The settings are separated into 3 submenus:

All of the settings are saved to the EEPROM every time they are modified by the user, and are retained even when the device is not powered.

To show off the capabilities of the etching station, I decided to fabricate a relatively high detail PCB. I chose the Nordic nRF52832 module layout, shipped with the EAGLE 9 software as a sample layout. The traces in this model are 0.2mm wide (<8 mil), and the clearance of the ground plane is only 0.15m (6 mil), quite challenging I would say!

I began by transferring the printed toner onto the copper board

And soaked it into the etching bath, which was preheated to 50C°

This video is a fast forward recording of the etching process recorded by an endoscope installed inside the bath. The image quality isn’t great, where vapors condensed on the lens and distorted the image of the PCB. Also, the etching time was long (50 minutes), as I had to lower the stirring speed substantially to have a good view of the board. Typically, the etching process would amount for less than 10 minutes.

And wiped the toner off the board with acetone and paper

And there are flaws, few of the traces are cut off, and some of them are bridged to other signals. The failures here are usually traces back to the toner transfer procedure, where the toner expands and sometimes sticks to the paper and is not transfered to the copper board. Nonetheless, I was able to etch very narrow traces, and believe that with some more skill and care with the hot iron, this kind of layout can be made at home.

Without the need to film the etching in action, I have fabricated the same board again, only now with the the stirrer set to the maximum speed and the etching time was as short as 7 minutes!

The tubes conveying the fumes are supposedly silicone, as the Aliexpress seller advertised. From my experience, RTV glue and fish-tank air-pipe, seemed to be resilient to the etching solution. For some reason, the silicone tubes I used for the exhaust degrade in a manner of weeks, they become stiffer and stiffer, until they crack. I believe that these are not made of pure silicone rubber. I decided to buy new tubes made of latex, which should be more resistant to Chlorine gas and HCl.

Another issue, is that the etching action is mostly applied to the top surface of the PCB, as the bottom side is flush with the glass at the bottom, so a two sided board must be flipped at some point. This can be solved by lifting the PCB above the glass, but to do so in such a way that minimizes the disturbance to the stirring currents.

I’ve shared a design for an etching station that can produce relatively dense PCB designs. It is also fast and clean, both for the environment and for the user. I am aware that the design does use a substantial amount of parts and is a bit complex, but I hope that people of the community would at least be inspired, or use part of 3D designs or code for other projects. In the future, I wish to write another post post about etching ornaments to show that it can be used for much more than just PCBs, it can be used to make art!